He stood patiently with me as I butchered his native language, unable to make the required sounds with any degree of success. I was in standing in Hluhluwe–Imfolozi game reserve in South Africa with Gate One Travel as I was gracelessly struggling to pronounce the hlu sound, but my lesson was ending and my group was already on to the next excursion.

I pride myself as someone whose usual trip is the furthest thing from a bundled package, someone who would rather “get there and figure it out” than have any bit of it planned—which is virtually what I did for my two year teaching trip in Thailand. However, with a country like South Africa, with activities ranging from shark diving to game reserves where you can search for the Big 5, it is easy to spend months and thousands of dollars discovering such a magical country. However, Gate One packs a lot in their 12 Day Classic South Africa tour. 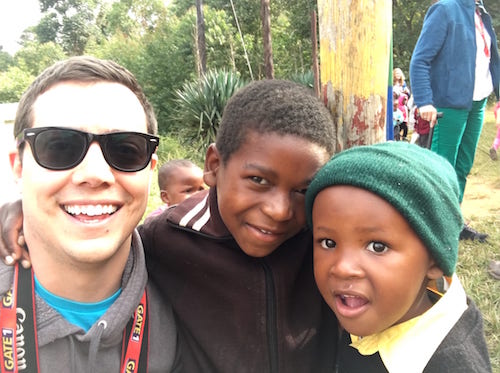 Visiting an orphanage in Swaziland

Having said that, it’s important to note that the expedition was actually misnamed. Although we spent much of our time in South Africa, we took a quick yet unforgettable one-day detour to Swaziland, a beautiful country with an HIV infection rate of over 25%. The trip was 10 days, not including the 18-hour flight to Johannesburg and the 2-hour flight to Cape Town (and return flights, of course). While there, we visited and donated to an orphanage of children whose parents died from the virus, and were allowed to donate school supplies and money to help the students.

We stayed in 5 different locations, starting in beautiful Cape Town, then flying north to Durban and driving straight to Hluhluwe, then Swaziland, Hazyview, and ending up with two nights in Johannesburg. Our guide, Charl Chambers was with us every step of the way and could not have been better. Born and raised in South Africa, Charl had superb knowledge of the area, both through personal history and formal education. As it turned out, Charl was even involved in the apartheid resistance, with plenty of stories about his parts in the marches and demonstrations. Over the course of the 10 days of near-persistent questioning, I believe that Charl was only stumped once, and he came back the next day with the proper answer. 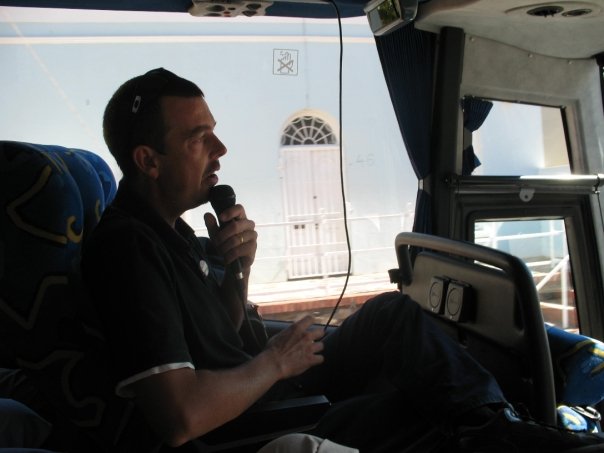 As one of the youngest couples in the group, we thought that we’d have no problem with keeping up, but instead, we ran pretty hard by the end of the trip. With that in mind, there is no question that you will get your money’s worth with Gate 1. Our tour guide actually mapped out our itinerary and found himself unable match the price—not including flights. There was never a day that we slept in past 6:30, and had very little downtime—exactly what you want when you have limited time on the other side of the world, after all, you’ll have plenty of time to sleep on the 18-hour plane ride.

After a long day of traveling, sightseeing, and bussing around, even the simplest task can prove to be difficult. Mercifully, Gate One provided 17 meals on the trip, so although at times we did have to fend for ourselves, the lion’s share was provided by the company (see what I did there?). Taking after some of the Big 5, South Africa is a very carnivorous country, leaving little available for vegetarian travelers.

As a backpacker, I was taken aback by the amazing hotels and great service that accompanied our time with Gate 1. We were picked up from the airport, escorted from location to location by a personal driver, and otherwise taken care of every step of the way.

Gate One South Africa was a tremendous experience, one that rivaled our other trips that we did solo. Activities offered were a home-hosted dinner, a township tour in Soweto, shark diving, and wine tours (offered on the same day as the shark diving, unfortunately). An absolutely amazing company for anyone who wants to see a lot on a small budget. If you are looking for a cheap spring break opportunity, your search is over.