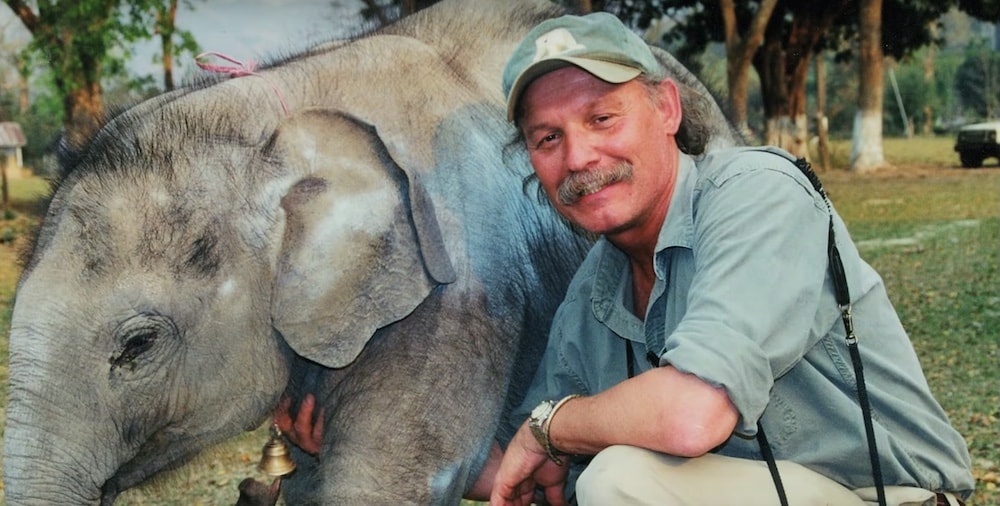 It’s not every day that you can interview a personal hero, but luckily for me, today is one of those days. Craig Sholley had the life that many wilderness lovers and environmentalists dream of, and throughout his illustrious career, he has had unprecedented exposure with mountain gorillas in Uganda, Rwanda, and the Congo, and has worked to combat wildlife trafficking for over 30 years.

In fact, thanks to the work Mr. Sholley has done with AWF and beyond, mountain gorilla populations are creeping back from extinction, with the International Union for Conservation of Nature (IUCN) moving the great apes from “endangered” to “vulnerable” on their Red List. This classification change represents a massive shift in the population’s trajectory, and much of the increase can be attributed to both direct and indirect work of Mr. Sholley, as well as concerted international ecotourism efforts.

Currently, Mr. Sholley is the Senior Vice-President at the African Wildlife Foundation, a wonderful group doing amazing things for both the conservation of African wildlife. Since 1961, African Wildlife Foundation has had successes helping raise poaching awareness around elephants, rhinos, lions, bonobos, wild dogs, pangolins and of course mountain gorillas. But AWF doesn’t just help animals—in addition to its vast wildlife conservation efforts, AWF helps with local areas with land & habitat protection, empowering the community, and developing the local economy. Specifically, they created a wildly successful fish farm on the Zambezi river, created ecolodges, and built a primary school in the impoverished country of the Democratic Republic of Congo.

Specifically, in the podcast, I mention a YouTube video titled “Craig Sholley and Silverback”, where Craig reacts perfectly to an alpha mountain gorilla by grunting and submitting physically. Below is the video, showing Craig’s perfect reaction to the 350 pound gorilla in the room—or forest.

Personally, I have had the pleasure of meeting Mr. Sholley once, and he exudes a love for wildlife, conservation, and adventure. Craig and I spoke about his storied career as a conservationist, his work with Dian Fossey, the successful trend of African mountain gorillas, the role of eco-tourism in the mountain gorillas population rise and how the African Wildlife Foundation helps both endangered species, as well as the local inhabitants on a daily basis.

• In the intro, I mentioned that Mr. Sholley was the Vice-President of the African Wildlife Foundation, but in reality, he is the Senior Vice-President. Mr. Sholley, as modest as can be, did not correct me when I undersold his experience and position.