To the general public, it’s hard to make conservation cool, sexy, or otherwise interesting. Enter the Leonardo DiCaprio Foundation. As well known as Leonardo DiCaprio is for his films, he could arguably have more of an impact on future generations through his intense conservation efforts. If you caught his Oscar speech for The Revenant, you’ll understand his passion. In the incredibly short time allowed, Leo called climate change the “most urgent threat facing this entire species”. He ended with a plea to the general public, saying “let us not take this planet for granted, I do not take this night for granted.”

“If we do not act together, we will surely perish” — Leonardo DiCaprio

Eighteen years ago was a banner year for conservation as well as Leonardo. The year was 1998 and Leo was just 24 and fresh off Titanic fame. When most other people would be too busy partying, he started his own conservation foundation. That’s not to say he wasn’t partying, but at least he managed to have his act together sometimes. Since then, his foundation has helped save oceans, wild tigers, and many other environmental conservation efforts. That wasn’t all. In 2014, Leo was designated as a U.N. Messenger of Peace focusing specifically on the Climate. Earlier this year, he even met with Pope Francis for fifteen minutes to discuss his proposed plans for climate change. Damn, he loves the environment.

In fact, Leo loves the environment so much that he bought his own island. Known as Blackadore Caye, the 104-acre piece of land in Belize has battled pretty much all conservation issues including soil erosion, overfishing, and deforestation. Along with Paul Scialla, a New York City-based developer, Leo hopes to make a resort that is “not just environmental, but restorative.” Opening in 2018, the island will be divided in half with one part will a hedonist’s dream and the other part being a conservation area. 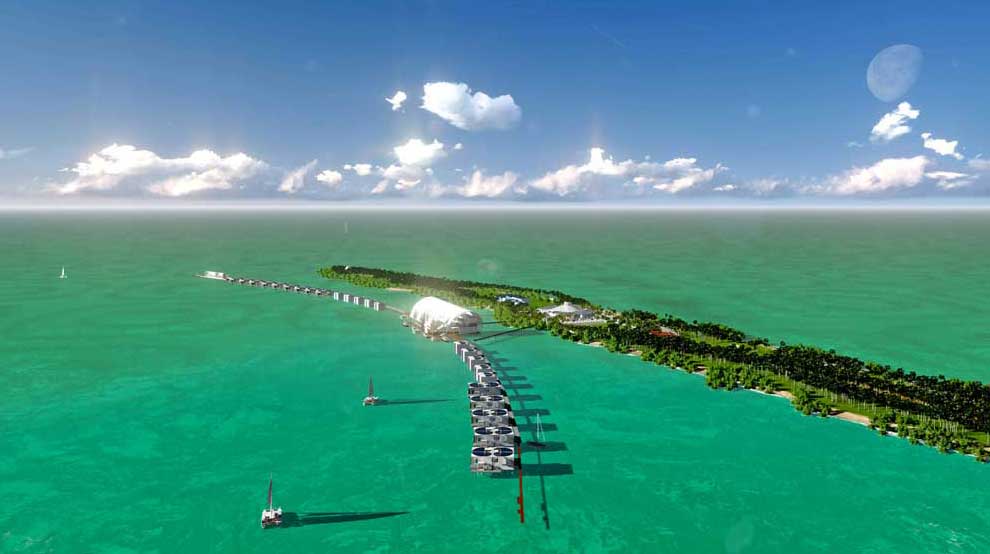 An artist’s rendering of the resort courtesy of McLennan Design

But this all isn’t to give DiCaprio more praise. It’s simply refreshing to see someone of fame and fortunate passionate about an issue that affects us all. His name alone is bringing notoriety to an issue, and he is dedicated to selflessly help as much as possible. It’s arguable that celebrities may receive too much adoration as it is, but the endeavors that Leonardo DiCaprio is taking on just can not get enough attention. As a conservation enthusiast, I feel a bit strange writing about an actor, but giving credit where it’s due, Leonardo has done outstanding work for environmental restoration and awareness. Not to mention The Departed, The Revenant, Wolf of Wall Street…