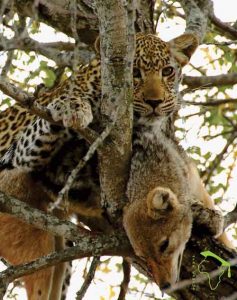 A young leopard with its kill, a black-backed Jackal

Recalling what she learned in her training, Beth’s eyes followed the direction the giraffes were gazing. It didn’t take her long to realize that all of them were being watched by one of Africa’s Big Five. Not too far away, a leopard lay benignly under a bush, casually assessing lunch options. Using her intuition and noticing the awareness of the animals around her, Beth is able to observe predators before they become a threat, a crucial skill in a country where dangerous animals reign supreme.

From a young age, Beth Silvester’s pull to a career in conservation has been consistent, and, apart from a brief phase when she was five and had career aspirations of becoming a “milk(wo)man”, she stayed the course completely. 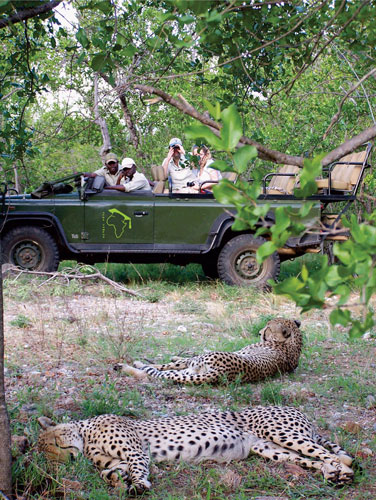 The view from a safari guide’s “office”

“I have been fascinated by animals my entire life and always wanted to work with them and around them…I had every pet you could ever imagine as a kid; birds, chinchillas, rabbits, rats, guinea pigs, hamsters, cats, dogs, goats, geese, horses and even a lobster.”

Having recently graduated with a degree in Zoology with conservation, Beth traveled to Africa with the intention of taking a gap year that would allow her to travel and have something different on her resume. With the idea that she’d return to England and enroll in graduate school right after, Beth began a fifty-week course to become a professional safari guide, gaining a FGASA (Field Guides Association of Southern Africa) qualification, an organization that moderates nature guiding qualifications. Now, seven years later she still hasn’t left. “The course was everything I imagined and more. I thought I had I arrived with an open mind but looking back, I was way more ignorant and naïve than I had thought.”

The course was life changing indeed. In fact, it changed her so much that she created Afri-Campus, an organization that assists people interested in earning an FGASA accreditation to further their careers in wildlife conservation. The accreditation is broken up into two “semesters”, the first being education on all that is required to gain the qualification, and the second as a work placement program designed for newly graduated guides to put their skills to the test with the hopes of becoming a full-time field guide. Finding a job isn’t a guarantee, however, and “it definitely doesn’t happen for everybody, though – you need to be the cut above, prove your worth and want it badly enough.”

But that’s not to say that the people in the industry aren’t looking out for each other. Jobs openings are often passed around by word of mouth, and those who have proven their desire to work hard can even find jobs through custom social media sites like “Facebush”.

Experiences of a Lifetime 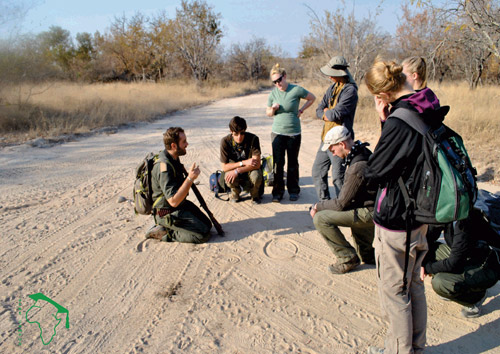 Of her time in Africa, Beth’s favorite experience was when she was able to participate in a cheetah energetics study, and for good reason. Every day for two weeks, Beth and fellow scientists followed two cheetah brothers and tested their daily energy expenditures. Although the animals were habituated and accustomed to people, they were still very much wild, and after following them for a bit, it may be safe to say Beth began to feel a bit wild herself. “If they slept, we slept. They walked, we walked. We followed them for every minute of daylight hours and collected all of their urine and fecal samples for analysis”.

The cheetahs were equipped with accelerometer collars and injected with slightly altered, “heavy” water. In combination with Beth’s efforts, the scientists back at the lab were able to determine energy expenditure by reviewing how quickly the chemically altered water exited their bodies over time.

Over the past few years Beth’s accolades include assisting with elephant vasectomies, viewing lions on foot, spending 5 days on a wilderness trail in the Kruger National Park sleeping under the stars, being a nominee for two years consecutively for “Ranger of the Year” on a reserve that she worked on and flying in a helicopter to help with an aerial game census. However, her job has certainly had her share of difficulties. Beth’s career puts her every day on the dangerous front lines of rhino conservation. 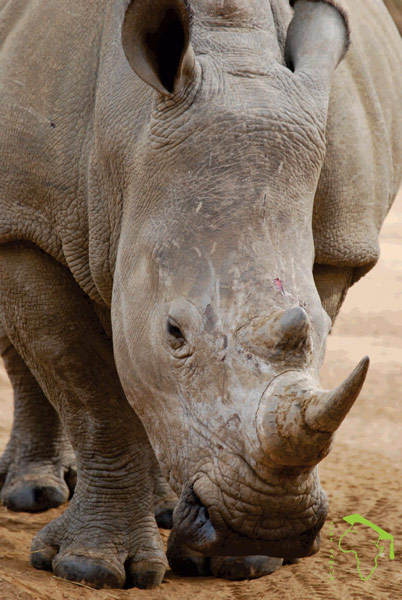 I have witnessed a freshly poached black rhino that still had blood dripping from its facial injuries. Injuries caused when the perpetrators had hacked away at the animal’s face to remove the horns. It is horrendous and it is definitely worse than people think.

As depressing as it is however, Beth refuses to leave us dismayed about the future of the rhinos and instead insists there a lot that we can do to help them for generations to come. “First of all, educate yourselves. Have a read of articles relating to rhino horn and elephant ivory poaching. The statistics are stomach curdling. Share related posts on social media – help to spread the word.”
“Secondly, if you are on a safari, ensure that your photos are not geo-tagged when you post them to social media sites and try to not incorporate the name of the game reserve into your posts. These small things can help with the animal’s protection.”

Although many infants become orphans after their mothers are poached, there are fortunately a lot of people doing great work to raise and rehabilitate rhinos. One such place is called the Rhino Orphanage who does fantastic work but rely on financial support.
Additionally, there are a number of great rhino conservation organizations that always need help with funding, such as the Save the Rhino Organization. 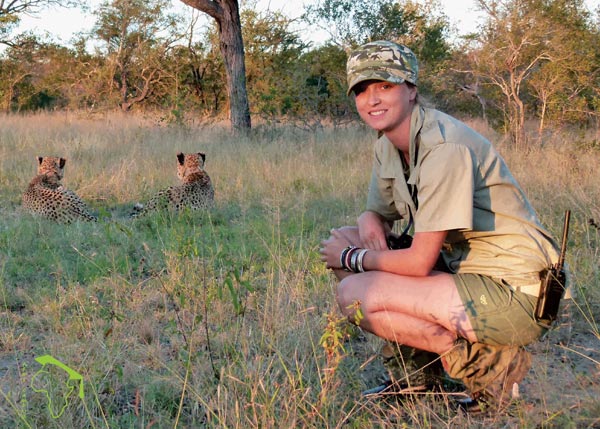 Beth following the cheetah brothers as part of a scientific study

Although you probably will have a difficult time actually tracking animals as Beth does, you can easily follow her many expeditions through social media.