Recent news about the rhino poaching has been swarming the media, but much of it inaccurate or incomplete. Rhino conservation is an issue that if isn’t addressed will soon be a concern of the past. During my recent trip to South Africa, I was able to glean some information from our game reserve driver and the community as a whole about the plight of the rhino.

What is the difference between the black and white rhino?

Contrary to popular belief, the black rhino isn’t really black and the white rhino isn’t actually white. The white rhino could have received its name from the Dutch word wijde, which means wide, referring to the wide mouth of the large grazers. (On a game drive, you can generally tell the difference between a white and black rhino by looking at its head, the white rhino will usually have its wide mouth pointed at the ground constantly in search for grass for food, while a black rhino will look up much more often). After years of the term changing, it eventually morphed into white as we have it today, which for distinction’s sake, gave the other African species the name black. Confusing the issue even more, there are a number of subspecies of both the black and white rhino that can often times make it difficult when speaking about their prosperity or lack thereof.

All in all, there are actually five species of rhinos including the white rhino, black rhino, the Javan rhino, the Sumatran rhino, and the greater one-horned (or Indian rhino). And there were once many more species. Interestingly enough, just 800 years ago Venetian explorer Marco Polo reported seeing a separate breed of hairy rhinos, confusing them with what he thought were unicorns.

There are wild elephants in the country and unicorns that are nearly as big as the elephants. They are hairy like a buffalo, and they have a horn, which is white and very thick. — Marco Polo

Why is the rhino endangered?

The rhino has been victim to poaching for its ivory tusks, which for centuries has been a luxury to many Asian countries. Before the conservation of elephants and rhinos were at the critical points they are today, ivory was commonly used for things like piano keys, knife handles, and billiard balls. Furthermore, a recent trend amongst the growing wealthy Chinese and Vietnamese populations is to consume crushed up ivory for medicinal purposes to help with everything from curing cancer, improving sexual potency, and hangovers. The unfortunate fad is built on no science at all— rhino’s horns are made of keratin (the same things our fingernails are made from) which has absolutely no medicinal value.

Interestingly enough, the ivory taken from elephants and that from rhinos are different, with rhino ivory being heavier and denser. This results in an ebb and flow of what is more in vogue at the time, with at least in Kruger, the rhinos being in the most danger.

Statistically speaking, the Asian rhinos are in far worse conditions than their African brother, with the Javan rhino population at only 60 in the wild and none in captivity. But why are most conservation efforts and awareness programs heavily skewed to African species? It’s simple—money. Africa is a travel destination for animal enthusiasts and has well-established game reserves and laws to attempt to quell poaching. Every year, millions of people head to Africa with hopes of seeing its exclusive flora and fauna, and with the tourists comes big money, which justifies the rhino’s survival even to the most diehard capitalist. On the other hand, few people head to Java to spot a rhino, and because of their terrifyingly low numbers, there is much less to see and therefore a much smaller chance to see one. With less established conservation programs and little tourism to support them, the Javan, Sumatran, and Indian rhino are arguably facing a worse situation due to irreversible habitat loss in addition to poaching. While the African black and white rhinos are seeing the benefits of tourist dollars (albeit slowly), their Asian brothers are facing the nadir of their existence due to lack of conservation infrastructure.

Case in point, in 2009 poachers may have shot and killed the world’s last Vietnamese rhinoceros, a subspecies of the Javan rhino, to very little worldwide attention and outrage. Biologists are so desperate that they considered breeding a brother and sister Sumatran rhinos together. Although growing in population, the Indian rhino has been cited as a vulnerable species for decades.

Both the difficulties and successes of African rhinos are far more publicized. It made international news when in March a southern white rhino was killed in a Paris zoo for it’s horn. African rhinos are even getting social. Sudan, the last male northern white rhino has his own Tinder page to help raise funds for the continuation of his subspecies.

While in Kruger National Park, I spoke with our tour guide about just that. He explained that one of the best things for the protection of rhinos is sustainable tourism. Africa and South Africa in particular has done a phenomenal job of harnessing our inner adventurer and attracting tourists from all over the world. Unfortunately, Indonesia and Malaysia have not had the same success for wildlife tourists, and even when I was living in Southeast Asia for years, I had a difficult time planning a trip to do a tour of their natural habitat. In my pitched article, I will expound upon the idea of sustainable tourism, as well as reasons including territory loss, activism, and punishment for poaching. 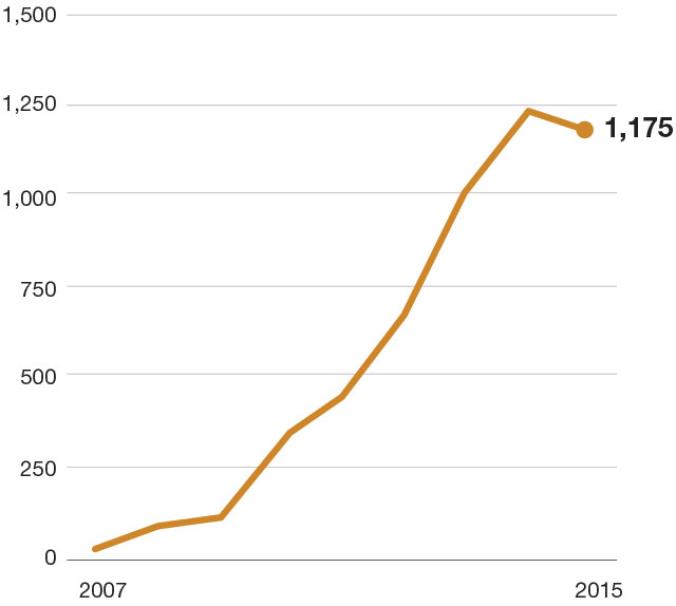 In Africa, why is the black rhino in more trouble than the white?

If you were to go on a game drive in Africa, you’d have a hard time finding a black rhino. Skittish and nervous, the black rhinos have used both fight and flight defenses perfectly. They don’t often test their luck with humans and tend to trot away if spotted but if you happen to come across one and startle it, it will most likely charge.

Other things to take into account are the rhino’s relatively long gestation period. Rhinos are pregnant for roughly 15 months and when they do give birth it’s generally to one offspring at a time. This doesn’t bode well the current rate of poaching of 1,175 at the end of 2015.

What can you do to help?

The one frustrating thing that I always find when watching nature documentaries is the often bleak ending it leaves you with. However, there are many things that people can do every day to help rhinos—

1) Travel: If you are like me, you don’t have much money to donate but do have time. Visit Africa and go on a game drive. (Gate 1 travel has some great deals.)Probably one of the more fun activities, but actually going to South Africa and putting money into the parks directly will prove the worth of these animals.

2) Donate: The best way to combat the lucrative industry of poaching is with money on the other side. Supporting organizations like The World Wildlife Fund and TRAFFIC, or even donate straight to the South African National Parks.

3) Spread awareness: Many reports show that people who purchase ivory aren’t aware that the rhinos are killed to get the horns in the first place. Spreading awareness helps consumers be more aware of what they are purchasing and also sheds light on what poachers are doing.

4) Know what you are buying: Just like with shark fin soup, there is a lot we can do with the purchasing decisions. Make sure not to purchase anything that is made of ivory.

5) Read: Specifically, read reports from people actually on the front lines, they will give you first hand accounts of what is really going on out there.