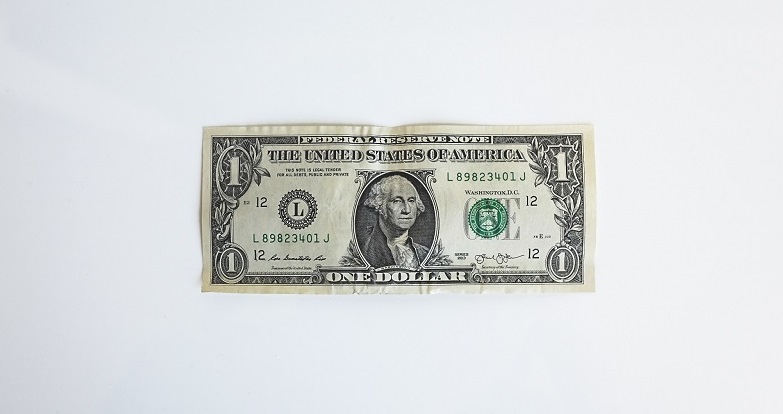 Go figure, but big bankers don’t always have the best interests of common people in mind. Whether it’s for resource mining, paper for pulp, or palm oil, many banks and corporations are culpable for destroying the planet one forest at a time.

In many ways. The Selous Game Reserve in Tanzania is in danger of losing a large chunk of it’s land to a hydro-electric dam. Generally speaking, hydro-electric power is a good thing, and all efforts should be commended, especially in a third-world country, but one must question what is the point of a reserve if it isn’t reserved. Selous, a UNESCO World Heritage Site, is the size of Switzerland and home to crocodiles, elephants, cheetahs, and even the severely endangered black rhino.

The Temer administration in Brazil has considered opening it’s land up to mining, where precious land is being short shortsightedly exploited for natural resources. The Amazon rainforest is the most biodiverse location on the planet, a huge carbon sink, and provides the Earth with roughly one-fifth it’s oxygen, but with 60% of if within Brazil’s borders, Temer holds a lot of power over it’s vital future.

Furthermore, the destruction of rainforests is inextricably related to the abuse of human rights. A recent documentary When Two Worlds Collide, explains how one environmental activist attempts to stop international mining corporations from destroying the lush Peruvian rainforests he calls home.

In Naomi Klein’s book This Changes Everything: Capitalism vs. the Climate, Klein clearly states that banks versus the environment is a zero-sum game. She asserts that capitalism (at least how it stands now) and environmental rights cannot co-exist—and she’s right. The lives lost and property damage in hurricanes Harvey, Irma, Jose and Maria is completely unprecedented. Never has there been four hurricanes in a season, and many meteorologists believe that it is further evidence of climate change, as if we needed any more.

Exactly what banks are the culprits?

For that, organizations like the Sierra Club, BankTrack, Rainforest Action Network, and Oil Change International have done the real heavy lifting. Their 2017 Fossil Fuel Finance Card Report allows you to dive deep into the banking culprits in coal mining, coal power, extreme oil, and LNG exports broken down via banks in different countries. 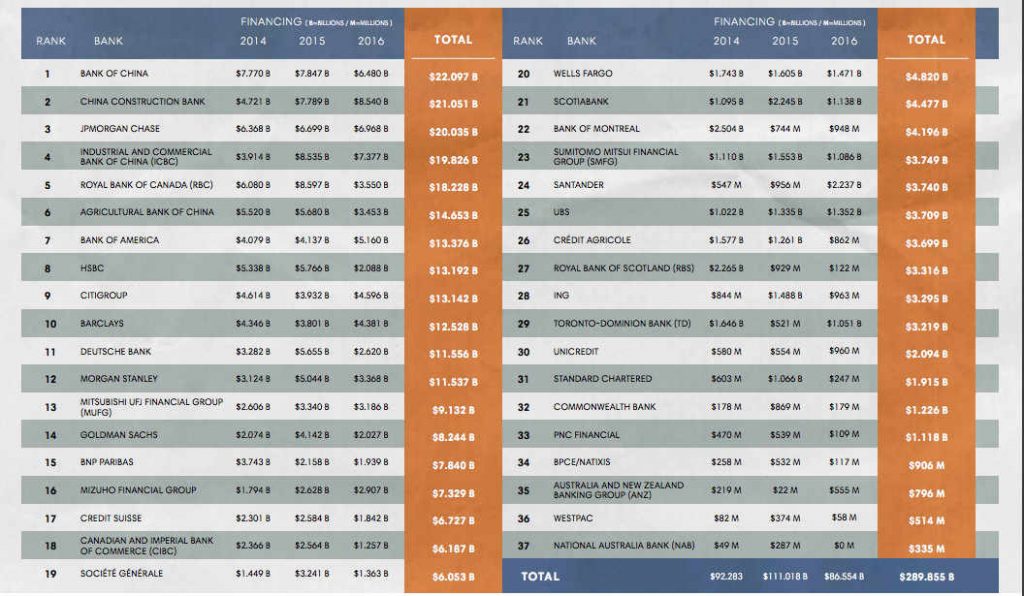 China is the biggest culprit with two banks in the lead, but JP Morgan Chase is not too far behind, contributed to the hundreds of billions of dollars invested in their ceaseless procurement of dirty fossil fuels.

What you can do

First, know that you are probably at least partially to blame. Now stop, take a deep breath, and relax. It’s ok, most of us have at least a little blame, they designed it that way. Know that with your small role, you should feel empowered that you can make a difference. Remember, small hinges swing big doors. Recently, based on the persistence of the general public and the boycotting of would-be consumers, clothing store giant Abercrombie & Fitch pledged to remove materials from their clothing that contributed to the destruction of precious rainforests and the human rights violations that are associated with it.

2) Educate yourself, and others

As big of a deal this is, it’s not common knowledge. Tell others about how corporations are helping to destroy the planet. Your planet. Our planet.

Yeah, we get it, it’s hard to turn your back on those Chase Rewards miles, but action is the best way to get the attention of the key players involved.