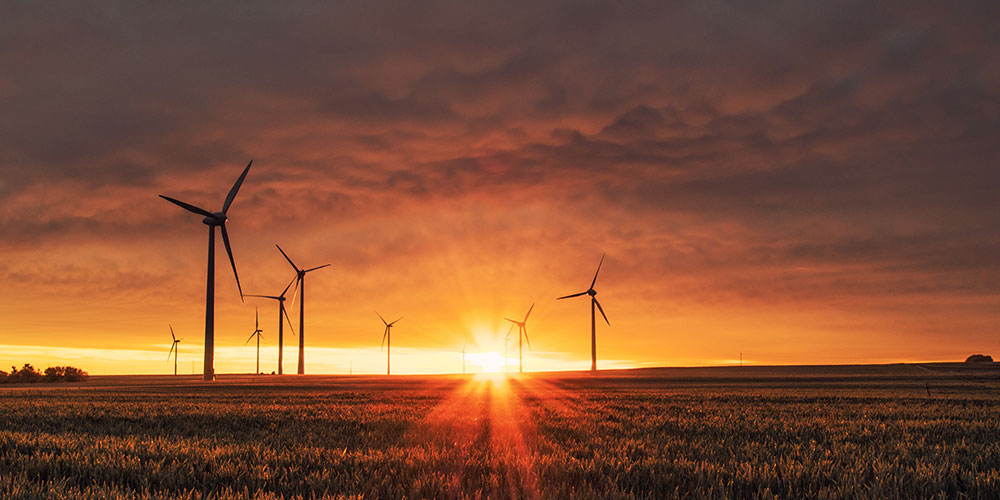 Up until recent American election results, there has been some good news about climate change. Even just considering that for the third year in a row global carbon emissions were flat is hugely impressive, and proves that progress is being made. However, most people who have even been remotely been paying attention to president-elect Donald Trump environmental policy changes know that there is trouble on the horizon. Among many other promises, Trump has planned to cancel the Clean Power Plan, bring back coal, and put a climate denier as head of the EPA (if not dissolve it completely). It really seems as though flat out, Trump doesn’t care about the environment.

Well shit, what do we do now?

Having said that, there might be a slim chance of hope for the man who seemingly changes policies daily. Going against his typically inflammatory rhetoric, Trump has privately shown a softer side to environmentally conscious efforts. In 2014, he reportedly gave $5,000 to “Protect Our Winters” in response to Olympic snowboarder Jamie Anderson asking him for a donation after she was “fired” from “Celebrity Apprentice”. Additionally, seven years before his successful candidacy, Trump cosigned a New York Times full-page open letter to President Obama pressing for swift action regarding climate change. The letter included statements like “We support your effort to ensure meaningful and effective measures to control climate change, an immediate challenge facing the United States and the world today,” and “Please allow us, the United States of America, to serve in modeling the change necessary to protect humanity and our planet.” Yeah, he actually signed that. 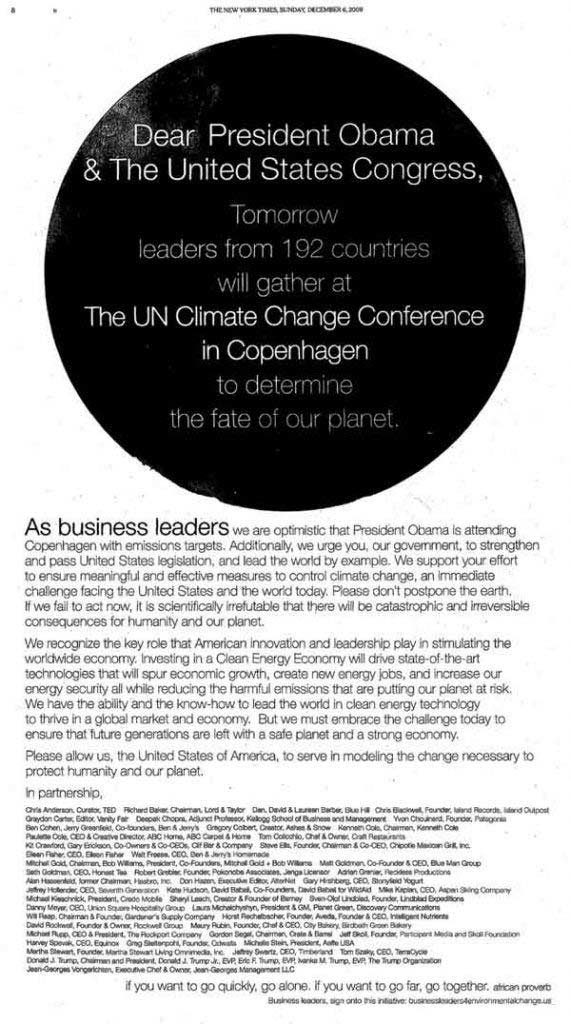 Zoom in, Trump actually signed this (the second to the last line)

Some might say that Trump has deliberately positioned himself at odds with Obama and will say, or sign, anything that will irritate Barack (birther movement, anyone?). But it is no secret that Trump wants to be known as a “winner” in the eyes of the American people. The facts are impossible to ignore. Clean energy is growing at a strong and steady 4% year over year rate, and soon it will quickly overtake coal and even nuclear as primary energy sources. Trump now has an opportunity to prove the general public wrong, and with such low expectations for his success, he actually has a good chance of doing so.

Right now our biggest hope seems to be private industry. Trump, a born (arguably poor) businessman, will certainly respond to the all mighty dollar once it’s proven to him that renewable energy is cheaper and can provide just as many jobs as coal. Thankfully, there are many businesspeople who are willing to fight the good fight regarding energy. Billionaire environmental activist Tom Steyer plans to fight Trump’s policies. When asked how much money he was willing to spend to the cause, Steyer replied: “we have always been willing to do whatever is necessary”. And of course, no conversation regarding innovative and sustainable business practices would be complete without mentioning the ever charismatic Elon Musk, who is campaigning that his solar smart roof might very well be cheaper than a standard roof. Microsoft founder and philanthropist Bill Gates has even thrown his hat in the ring and has pledged a billion dollars to continued governmental research of alternative energy resources and combating climate change. Boom.

Despite Trump’s propensity to be on the wrong side of history, there is no stopping innovation. Mercifully, is filled with innovative people and sun, placing it on the forefront of renewable energy movement. And progress is being made. For a few short hours on March 11th, California was able to produce over half the energy needs for the entire state. Between their solar thermal plants, photovoltaic farms and private solar panels, it was able to change it’s wholesale energy to negative numbers.

Trump has even gone so far as to ask for the names of Department of Energy staff who’ve attended climate change summits presumably to either fire them or to make their lives quite difficult while he’s in office. backed into a corner the EoB’s didn’t fold, but instead gave the perfect response-“We will not be providing any individual names to the transition team”. And it was written in bold.

As American politics turn it’s back on climate change,other countries take it upon themselves to fight the good fight. However, if you are located in the US and want to help, we’ll see you at the People’s Climate March, on Saturday, April 29th, 2017.

The point is simple; in these times it’s important to take the small victories when they come and to understand that progress often has to be incremental. We cannot give up, with resilience and smart people on the case the future will be bright (solar energy joke). The moment we believe that environmental issues like climate change are too big to handle is the moment we lose.

But then again, if Trump still decides to go against science and better judgment we can always just sue him.