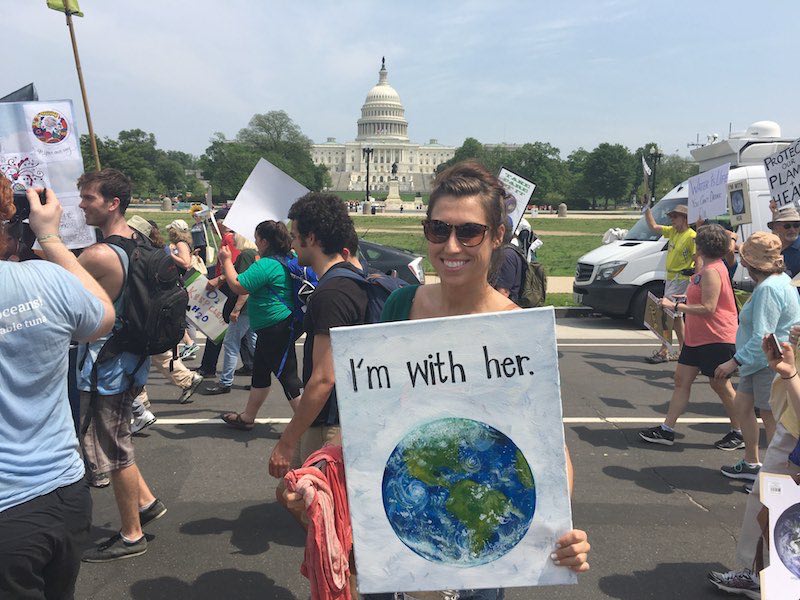 Learnings from the People’s Climate March 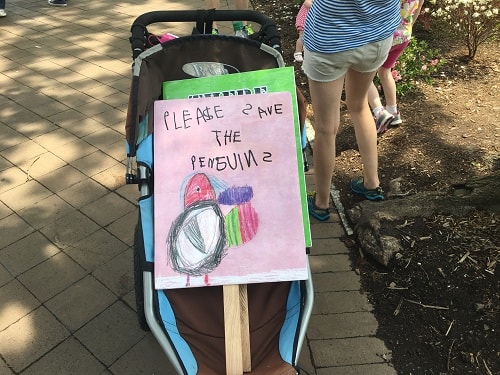 On the same day that he tried to white-wash his effect on climate change by removing any mention of it from the EPA website, Trump was met with 200,000 pissed off activists at the People’s Climate March on his 100th day in office.


He may not have even cared. He may have not even noticed. For all we know, with his ego he may have spun it as a march for him. But for those involved, meeting like-minded people during the Climate March was a refreshing breath of fresh air (no pun intended) in an otherwise stale administration. Fo those who showed up in the 90+ degrees temperatures, it was a reminder that the majority of people are in agreement about anthropogenic climate change


The streets were mobbed, so much so, that even as a DC resident, we even had difficulty getting there. The metro service was down about halfway there, and on the same day as a Nationals game, we all had to unboard and find a bus that would take us to the national mall. That coupled with the 90 degree heat would make a more cynical man than myself to think that the city itself was trying to prevent us from marching.


Looking back on the months of his presidency, there is little doubt Trump’s cabinet has been bought. He has appointed the CEO of Exxon Mobile as the Secretary of State. Scott Pruitt, the current head of the EPA, was bought by Koch industries, oil and gas industry giants. He promised to bring back coal jobs even though only 70,000 jobs would be saved, a tenth of the amount of positions in renewable energy. But the people have proven their health, safety, and environment are not for sale.