Anyone paying attention to climate change knows that it is more than just carbon emissions from cars or factories. Recent, unsustainable agricultural practices have been called out for their immense impact on the environment. Waste output, water consumption, and land requirements needed for pasture animals is incredibly high and struggling for sustainability considering today’s growing populations. 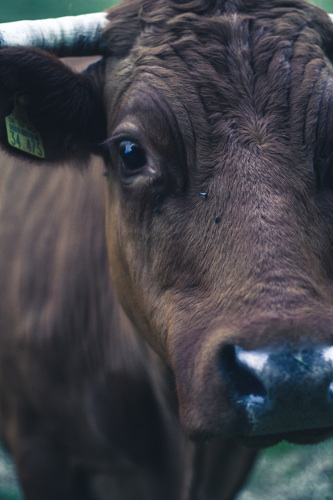 The Case Against Meat

Few organizations have better insight in the agriculture and farming industry than the American Society for Clinical Nutrition. According to the ASCN, total food production in the United States accounts for 50% of total US land area, 80% of total freshwater, and 17% of the fossil energy. Considering the scarcity of water and other finite resources, it is becoming harder and harder to justify allocating them to wasteful practices.


And it’s not just what cattle consumes that is the issue, it’s also what they leave behind. If you have been next to livestock you can attest that cattle smell, well, interesting. Truth be told, cattle actually do burp and fart a lot—up to 30-50 gallons a day per cow—and scientists actually believe this is a huge reason for climate change.


The gas waste from pasture animals is high in methane (CH4), which is considered by many as a primary cause of global warming. As bad as carbon dioxide is, methane is worse—about 30x worse. This means that global meat production affects climate change from a few different angles. When combining emissions of cutting and plowing land with methane-rich flatulence from over a billion cows (not to mention having less trees to absorb said C02), you get the makings for one hot planet.

The solution is us taking to a primarily plant-based diet. Currently, there are only 375 million vegetarians in the world, and for a real change to happen that number will have to be much higher. “But I hate vegetables, what are those lazy scientists doing to make food I don’t like taste more like food I do like”—you ask? Well, it turns out a lot. Fortunately, in recent years there has been some amazing advancements in vegetarian cuisine, which should help curb the inevitable eye-rolling which often accompanies talks about eating less meat. New food production company BeyondMeat has miraculously captured the taste of a hot summer cookout, without the health, humane, or environmental guilt. BeyondMeat, and it’s cousin, BeyondBurger, has been so successful for both the environment and our tastebuds that it it was named one of the most innovative companies of 2017 by FastCompany. For those red-blooded meat eaters that are harder to convert, the burger boasts 20g of plant-based protein per serving and even “bleeds” while cooking—which should quell the caveman in all of us. And, quite frankly, it goes really well with vegan cheese. 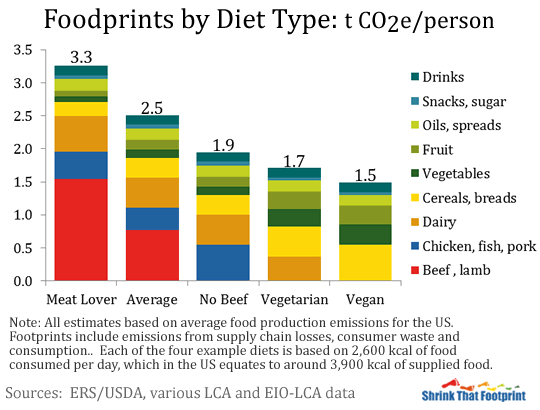 Scientists are working around the clock to help satiate our appetites, even discovering a type of seaweed that tastes like bacon. Which goes to show you that just because you don a white lab coat doesn’t mean you don’t enjoy the finer things in life.


If eating seaweed doesn’t quite sit well, there are many other ways to get sustainable and healthy protein in daily life—10 quintillion (10,000,000,000,000,000,000) in fact. Eating bugs, although may seem like a scene from Fear Factor, is becoming a growing trend, with startups betting that you will join the revolution.

Plant-based products and alternative food sources seem to be the only sustainable way to not only offset climate change and food scarcity in a world with a booming population but also turns out to have many health benefits as well. Regulating meat intake has a surplus of health advantages, including limiting harmful and unnatural hormones, reducing chances of developing type 2 diabetes, and lowering risk of heart disease.


A huge reason for the meat-lovers craze is an inflated regard for protein in the western world, but our obsession may be doing more harm than good. In fact, most Americans are actually taking too much protein, training like they are Brock Lesnar (who, coincidentally, fell ill with diverticulitis, a colon disease which he attributes to his ludicrously high protein diet).


It’s extremely unlikely that the world will reduce meat intake right away, if at all. As the Eastern world’s middle class grows, so with it does their tastes for finer things, which include ivory products, shark fin soup, and red meat. However, as with most things, it’s all about baby steps, and understanding that your habits and diets actually affect those around you.

And for those who needed a little extra incentive, even the Terminator thinks you should cut back on your meat consumption.