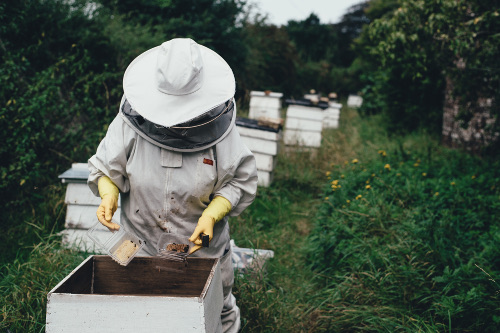 Bees have the ultimate thankless job—all they do is give, and lately they just can’t catch a break. Their recent trouble is even more frustrating considering just how great they are. Along with sharks, bees are some of the oldest species. Scientists recently found an 100 million-year-old fossil. They are everywhere, totaling to 20,000 species worldwide. They give us honey for Pete’s sake. And of course, they are among the best dressed of all animals. But things have been rough for these fragile fashionistas who are facing a litany of obstacles including colony collapse disorder, climate change, and cocktails of pesticides.

Why Bees Are Important

Bees are pollinators, and work along with ants, bats, moths, birds, and butterflies to spread pollen of 80% of our crops day after day. Bees, however, are in a league of their own, both in importance and vulnerability. Scientists attribute one out of every three bites the average person eats to bees—entire food groups would not be possible without them, including apples and avocados (and that’s just the A‘s). Almonds, for one, are almost exclusively pollinated by bees, lots of them. Every acre of almonds requires approximately two hives, totaling to almost 2 million hives all said and done. They are so important, in fact, that bees are said to help pollinate crops close to a worth of 14 billion dollars annually.


Almost a decade ago, bees were named the world’s most invaluable species, and nothing has changed since. What has changed, however, is their rate of decline. Bees are among the oldest living organisms but recently have struggled to keep up with a quickly changing world. After their population falling 87% since the 1990’s, the rusty patched bumblebee was added to the endangered species list—and they just might be the beginning.


Interestingly enough, the same farmers who might be creating and using these pesticide cocktails might be the ones that would be harmed the most in the absence of bees. Roughly 90% of berries, fruits, and nuts are dependent on their pollination efforts. Understanding this symbiosis, farmers even take to transporting hives from farm to farm so that they can help with the germination process.


Listen to this NPR for real insight on the travelling lives of the honey bees. 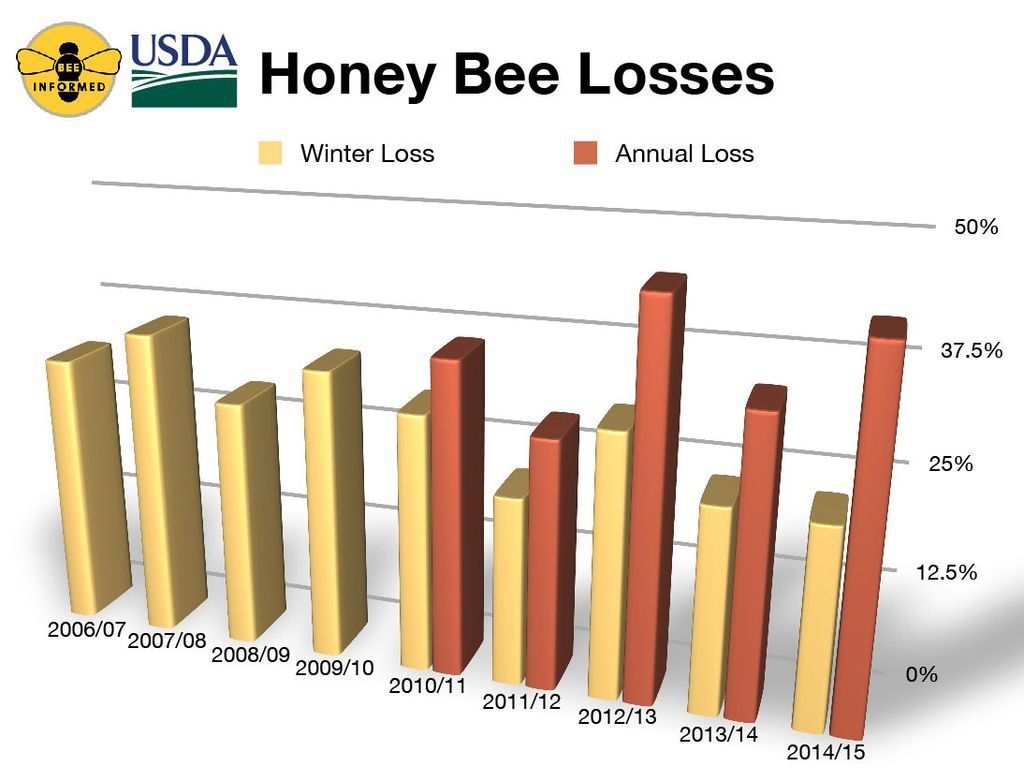 Why are bees disappearing?

Colony collapse disorder, or CCD, is a nebulous term that refers to the sudden and unexplained decline of a single or group of hives. Unfortunately, no one can say what causes CCD for sure, and hypotheses include new pesticides and fungicides, climate change, electromagnetic radiation, lack of nutrition, and pathogens such as Varroa mites.

Simply put, bees are running out of flowers. Fields of wildflowers that were once a pesticide-free zone are being paved over for housing and industrial development or turned into huge mono-cropping pastures.

Interestingly enough, the warm summer weather that most people associate with bees might just be contributing to their demise. The recent climate change and drastic weather fluctuations make bees think that it is time to stop hibernating and get straight back to work. They leave the nest and when the warm snap is over, the bees are not back in time keep the queen warm as they usually do in cold winter months and she freezes to death. With their queen dead, the rest of the colony leaves in search of a new leader, and sometimes don’t find one.

Varroa mites have arguably been the biggest cause of bee decline in the past 20 years. These creepy creatures feed on the blood of bees and their larvae, weaken and shorten the bees lives, and can cause broods to be born with defects. Scientifically speaking, Varroa mites are real bastards, and if an infestation is left untreated they can kill full colonies of bees.

Neonicotinoids, a generally recent string of new pesticides, affects bees nervous system making it very difficult for them to orientate themselves and fly straight. Only recently after persistent public scrutiny did the EPA concede that they are harmful to bees and other insects. Unfortunately, neonicotinoids are the most commonly used insecticides and are used liberally around the world. The process to repeal and reevaluate is currently in the works, but the EPA only requires pesticides to be reviewed every 15 years.

“Bees are irreplaceable. Their loss will be catastrophic.”
—Dr. George McGavin of the Oxford University Museum of Natural History

What You Can Do to Help the Honeybee

We’re pulling for the bees, and even if it’s for selfish reasons, it’s important for us to keep on top of their situation. There are things that you can do to help honeybees. Try to curb some of your behaviors that contribute to climate change. Become a beekeeper, or simply buy local honey. Force companies to stop using neonicotinoids. And, while you’re at it, share this article.


Albert Einstein is reported to have said that if the honeybees were to dissappear from the Earth, humans would be gone within 4 years. Let’s hope he wrong. But then again, he was known to be pretty smart.