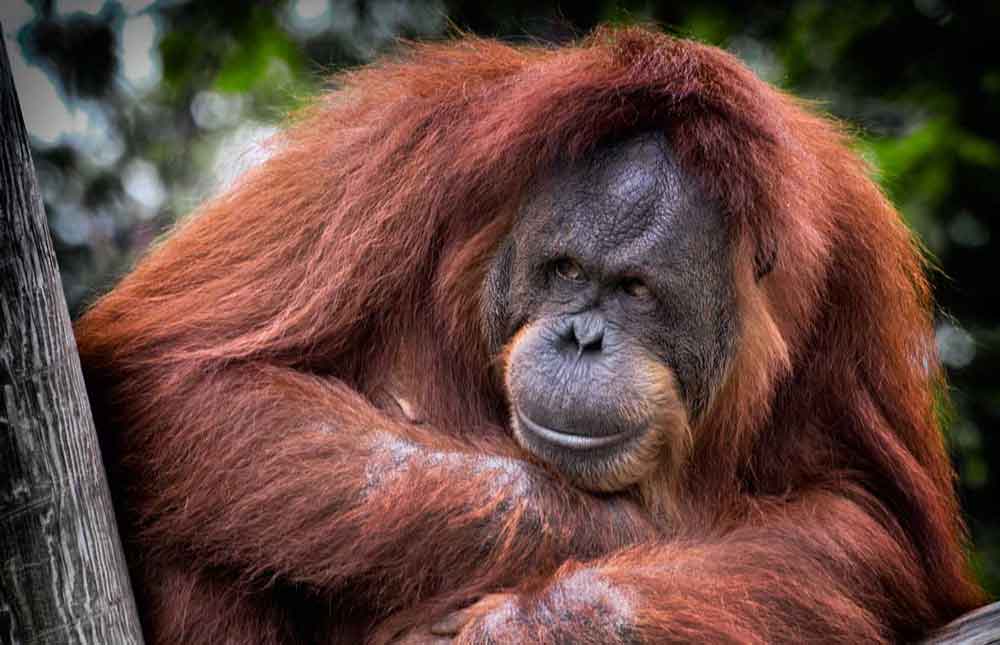 “Looking into a hairy mirror” might sound strange but learn a little about these guys and you just may realize that orangutans are just like us.

Orangutan literally means “Man Of The Forest” in Malay. In fact, they share 96.4% of our DNA. You may say that they are arguably more human than most people you know after watching some of these videos.

Orangutans are the only animal other than humans, known to have “affective forecasting”. Affective forecasting is the ability to predict one’s emotional state in the future. Recently, an orangutan in Swedish zoo was able to predict whether a juice would taste good or not based on prior experiences with juice. Simply put, they use their memory of a previous experience that might be similar to their certain situation to help the decision-making process.

Orangutans love pups, a lot. Don’t believe me? Just take a look at the videos below and see for yourself.

Because one video just isn’t enough.

Orangutans are believed to be able to communicate through “kiss squeaks”, even prompting scientists to believe that they might provide insight into our own language evolution. 48 orangutans in 4 different populations were found using 4,486 consonant sounds by utilizing their tongue, lips, and jaw. The sounds were so close to those of humans that scientists believe that actually have multiple ways to say the same thing, replicating synonyms in human languages.

6) They Can Be Incredibly Kind

Orangutans can be very sweet. Reports have come out that unlike other species, orangutans will willingly share their food with other animals when they see them in need.


Bonus: They are fans of DIY

Orangutans found in the wild share similar traits to humans. With their ability to mimic, orangutans have been reported to wash socks with soap, use tools like saws and hammers, and even paddle down a river in a canoe.

One Reason They Are Not Like Us: Orangutans are Critically Endangered

Orangutans have been labeled as Critically Endangered by the World Wildlife Fund, which is one step away from being completely extinct in the wild. In total, there are less than 50,000 orangutans left in Borneo and Sumatra. Slow moving and large, orangutans fall victim to hunters as well as loss of habitat and deforestation. The equivalent of 300 football fields of trees are cut down every hour in Indonesia and Malaysia. This deforestation is mainly for palm oil, a product that is in thousands of household products from chocolate to soap. How can you help these magnificent animals? When purchasing products be careful of items that contain palm oil. Make sure to support companies that give back to the rain forest, but, if you in a bind, go for items that use sustainable palm oil instead. Trust us, the orangutans (and their dog friends) will appreciate it!